The world International President of Insituto Educando Pra A Paz.

Note – Kutai Martadipura kingdom is the pioneer of Hindu kingdom in Indonesia. It was established around the 4th century. The kingom is located in Muara kaman, East Borneo and near with Mahakam river. Kutai name was given by the experts based on the name of a place where they found the inscription which contain an information about the kingdom. There is no inscription that mention the real name of the kingdom and there is only a few of information that the experts can found on the inscription.

Majesty Kutai Moolavarman: We want to lift the indigenous and cultural heritage. We pray for peace and security of the world.

This was after Raja Iansyahrechza or what was called Raja Labok who led the Kutai Mulawarman Kingdom in that location.

The district is 56.6 kilometers away from Tenggarong, the capital of Kukar,

The East Kalimantan historian, Muhammad Sarip, said that in the third century AD there was indeed a kingdom named Kutai Martapura in Muara Kaman.

This kingdom is called the first empire in the archipelago.

The famous king is the successor to the throne of Aswawarman, Maharaja Mulawarman.

The source of the inscribed stone found and researched by literacy experts was only seven.

There is no record of the king’s lineage after Mulawarman from the 5th century to hundreds of years later.

“But, information on the name of the last king can be known from the classic book of Arabic Malay, the Letter of the King’s Salasilah in the State of Kutai Kertanegara, which was completed in 1849,” Sarip said when met in Samarinda on Thursday (6/2/2020).

Raja Kutai Mulawarman in Muara Kaman, Kutai Kartanegara Regency, East Kalimantan, Iansyahrechza or called Labok King, did not agree if the association he led was equated with fictitious kingdoms such as the Sunda Empire or the King of the King and others.

The institution, Labok said, never collected any fees from members or harmed others, let alone intend to govern or rule.

The association is purely promoting the customs and culture that exist in these locations.

What are the Sustainable Development Goals? 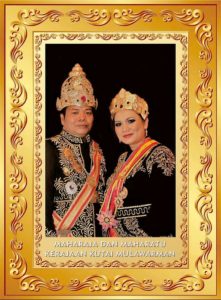 The Sustainable Development Goals (SDGs), also known as the Global Goals, were adopted by all United Nations Member States in 2015 as a universal call to action to end poverty, protect the planet and ensure that all people enjoy peace and prosperity by Lifelong.

The 17 SDGs are integrated—that is, they recognize that action in one area will affect outcomes in others, and that development must balance social, economic and environmental sustainability. 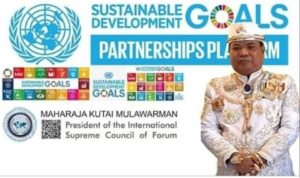 Through the pledge to Leave No One Behind, countries have committed to fast-track progress for those furthest behind first. That is why the SDGs are designed to bring the world to several life-changing ‘zeros’, including zero poverty, hunger, AIDS and discrimination against women and girls.

Everyone is needed to reach these ambitious targets. The creativity, knowhow, technology and financial resources from all of society is necessary to achieve the SDGs in every context.

What is UNDP’s role?

As the lead UN development agency, UNDP is well-placed to help implement the Goals through our work in some 170 countries and territories.

We support countries in achieving the SDGs through integrated solutions. Today’s complex challenges—from stemming the spread of disease to preventing conflict—cannot be tackled neatly in isolation. For UNDP, this means focusing on systems, root causes and connections between challenges—not just thematic sectors—to build solutions that respond to people’s daily realities.

Our track record working across the Goals provides us with a valuable experience and proven policy expertise to ensure we all reach the targets set out in the SDGs by 2030. But we cannot do this alone.

Achieving the SDGs requires the partnership of governments, private sector, civil society and citizens alike to make sure we leave a better planet for future generations.
…….. 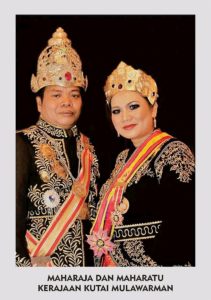 Maharaja Kutai Mulavarman’s message to the world – I pray to the Almighty that the world be liberated from the Corona epidemic very soon. Take care of yourself and your family. There should be an increase in love, peace, progress and prosperity all over the world.