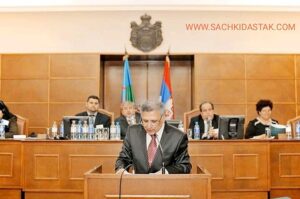 Twenty days ago, in New Delhi,
1000 years from the exodus of the Roma from their homeland in India was marked, since when they are scattered all over the planet, separated and divided. For 1000 years, the Roma have no state, homogenized community, standardized language, written history, and are the only nation with an unregulated legal status in the world community. For 1000 years, the Roma have been exposed to a permanent genocide in an existential and cultural sense, no matter what part of the world they are at. Just 50 years ago, a wakening in the collective national consciousness and the creation of the intellectual elite of the Roma took place, which in various ways marked the struggle for national recognition and affirmation on the basis of elementary human and minority rights.
This has resulted in today’s Departaments for Romology in world famous faculties, scientific institutions and institutes, among which is the one I present and lead. Starting from this, I emphasize that the organization of this marking of 1000 years of the exodus of Roma from their homeland in India, is one of the greatest importances for the Roma in their struggle for national recognition and collective identity.
The Roma experienced exodus from their homeland in India in the period from VIII to XII century, when they had the greatest historical and political role in North and Northwestern India. There were 21 kingdoms there, with some of them being Romani in Rajasthan, Punjab, Harayana, Delhi, and Gujarat. Nevertheless, I keep my right to be critical, in order to strengthen the intellectual capacity of the Roma, and I will use it rightly. Personally, it was a great honour for me to be invited to participate in this Conference. 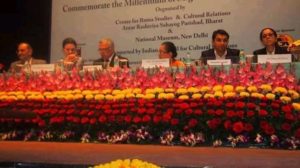 This enthusiasm was significantly reduced when I noticed that the Conference was not attended by: Prof. Dr. Ian Hancock, Director of the Documentation Center of Roma in Houston and a member of the Holocaust Board in New York; Juan De Dios Ramirez Heredia, President of the International Roma Union in Spain, the first Roma member in the Council of Europe in 1981, member of the Spanish Parliament in several mandates and pioneer of the Roma movement; Romani Roze, President of the Holocaust Center and the Museum in Heidelberg; Dr. Andrzej Mirga, Ethnologist from Poland, longtime President of the Contact Point in Warsaw; Dr. Nikoleta Bit, Sociologist from Romania; Soraya Post, member of the European Parliament; Prof. Dr. Georgi Cvetkov, Philologist from Russia; Dr. Nadezhda Demetr, Historian from Russia; Srdjan Ahmet, Lawyer from Macedonia, Human Rights Expert; Zoran Jovanovic, Lawyer from Serbia, Human Rights Expert; and many others from the Roma intellectual elite around the world. There was not even Rutko Kavinsky, former President of ERTEF and one of the biggest fighters against discrimination and segregation of Roma; Viktoria Mohacsi, former member of the European Parliament; Zoran Dimov, President of IRU, umbrella organization from Macedonia; Ashraf Abduramanovski, president of IRU from Australia; and Asmet Elezovsky, President of the Roma National Congress from Macedonia. There was no representative of the ERIAK which gathers today’s largest Roma minds; famous Romani artists; parliamentarians from the countries where the Roma live, and many others. These names would give greater importance and legitimacy to this gathering. 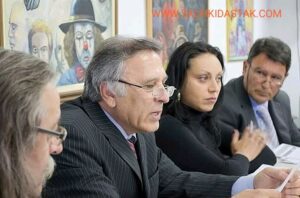 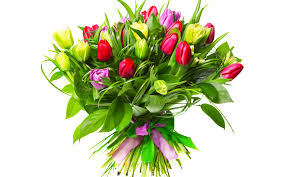 The second disappointment was that there were no India Government Officials present, since India’s Government has not yet acknowledged the Roma being an Indian Diaspora. This was a unique opportunity to publicly face two platforms: one represented by the Roma – that they are of Indian origin supported by scientific evidence existing for more than 300 years; and the second represented by the political establishment of India – ignoring the fact that the Roma are India’s Diaspora, preventing Roma throughout the world from resolving their status issue in accordance with International Law. Indeed, the Roma delegation was received by Sushma Swaraj, the Minister of Foreign Afafirs of India, who, at the end of the reception, promised assistance to Roma in the struggle for status recognition as Indian Diaspora. It remains to be seen when and how this assistance will be manifested. The biggest disappointment came from the Roma themselves present at this Conference.
Starting from the fact that a part of them led by Prof. Dr. Marcel Courthiade refused to pay respect for the Roma victims in India’s exodus, which led the remaining Roma to exile, surviving the exodus and leaving their native India. Not only was there a great disregard for the Roma issue by the Roma themselves, but also by the performance of Prof. Dr. Marcel Courtihade. Every time Zlatomir Jovanovic, a Culturologist and Political scientist, President of the Association of Roma Writers of Serbia, and I had a word, he tried to block our presentation because we spoke in Serbian, the language of the country which we were born in and which we live in, and because our interpreter, being also from Serbia, translated it into English. We are Roma, we speak Romani, but our translator does not. How is it then possible to coordinate our presentations, if the three of us cannot understand each another? By this, he clearly expressed his dislike of Serbia and Serbian, and that the Conference itself was not important to him at all, but that his intention was to obstruct it by blocking us.
Then, instead of unitely talking about the essential problems that torment the Roma today, being result of the unrecognized status and people without territory exposed to discrimination, isolation, racism and similar, non-argued claims arose that the Roma originate from Kannauj rather than Chandigarh and Punjab, as being claimed for the last 300 years. These claims came from Vali, over Pot, Paspati, Grelman and Turner, to Franc Miklosic and Rade Uhlik, Dr. Rajko Djuric, who proved this on the basis of linguistic equality, which Dr. Mariana Seslavinskaya talked about at the Conference, and especially Academician Prof. Dr. Shyam Singh Shashi. He is a Scientist, Anthropologist who has proven the Indian origin of the Roma on the basis of scientific methodology from the anthropological aspect, claiming that the Roma set from Chandigarh and Punjab. 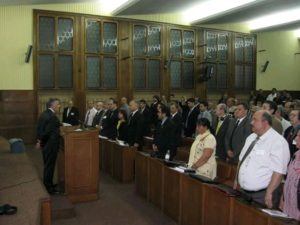 This nonscientific topic of Dr. Marcel Courthiade can be the subject of scientific debates and demonstrations in some future period, but it, in any case, could not have been the primary one at such event organized in memory of the unwritten history of Roma. Personally, I believe that the significance of this Conference was essentially reduced by personal vanities and by the lack of vision of the actual purpose of this event.
The solemn celebration of such significant date is one thing, but it was also the occasion to sublimize the image of Roma in the world today, 1000 years since the persecution and 1000 years being in status “without status”.

This opportunity was missed, as many others before, since 1970 to present day, being victims of egoism, vanity, intrigues and similar sins, having national interests of Roma for collateral damage. Either way, we marked this date as the beginning of the Roma history, and congratulations to the organizers of ARSP, the Indian Diaspora Council, for the effort and hospitality, and finally to the representatives of the ICCR who have joined the Conference at the last moment.

I take this opportunity to invite the Government of India, once again, to start the issue of recognizing the Roma as Indian Diaspora in the Parliament of India, which both India and the Roma will benefit from as a nation, as it will receive an international legal basis for initiating the resolution of the status of a national minority in accordance with international law.

As soon as this issue is over, the political dealers, hypocrites and fake Roma leaders acting only in the blurred waters, will disappear from the scene. As soon as the undefined gets its definiton, the Roma will be able to believe again in a better future. Academician Lokesh Chandra and president of the ICCR says: “There is enough historical evidence to prove the Indian origin of the Roma.” Academician Prof. Dr. Shyam Singh Shashi, who is the Rector of the International University of Roma Culture, continually claims, via his lectures, to university students that the Roma are an Indian nation from anthropological, historical and linguistic aspect. I call the Government of India to come up with a political consensus on the recognition of the Roma as a linguistic, historical and cultural minority, and that it demands from the United Nations that its relevant authorities raise the issue of the legal and political status of Roma in the United Nations General Assembly. 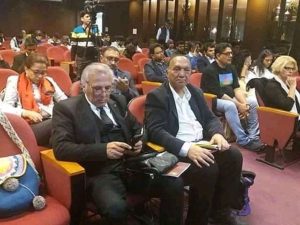 The Institute for European Roma Studies and Research on Crimes against Humanity and International Law, located in Serbia, has given itself a task to continue this process and try to complete it by international recognition of Roma as a national minority originating from India. Having it, we established, more or less, successful contacts with the Government of India. I will remind you that in 1983, Indira Gandhi, then the Prime Minister of India, being the patron of the Roma Culture Festival in Chandigarh (Punjab), strengthened that faith by recognizing the Roma as “the children of India” and their Romani language , as one of the “official languages in India”. The Roma entered the land of their legacy and some of the groups began to perceive them as their “ancestors”.
Gratitude goes to the Council for the Indian Diaspora (ARSP), to Secretary General Mr. Keshaw Shyam Parande, to the overall ARSP leadership for taking historical responsibility in the state of India regarding the marking of 1000 years of exodus of Roma conducted by the Great Afghan Emperor Mahmoud Ghazni. Under his leadership, India was attacked and robbed on 17 occasions, Indian people were killed in the most brutal way, and a crime of genocide against the Roma was committed, which, according to me, was the first genocide that the Roma had experienced 1000 years ago. 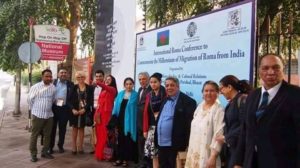 A great persecution and execution was committed, which caused the spread of Roma, as an Indian nation, across the planet. I also take the opportunity to express gratitude to all historians, anthropologists, sociologists, ethnologists and linguists who, from the scientific point of view, have found out that the Roma are an Indian nation, and have proven that the Roma come from Punjab and Chandigarh with their research work. Regard it, I would especially like to express gratitude to Ph.D. Academician Shyam Singh Shashi, Prof. Dr. Lokesh Chandra, Ph.D. Academician Dr. Shashi Bala, Prof. Dr. Vahendra Rishi, who, unfortunately, is no longer with us, and Prof. Dr. Naik Ranjit, who also is no longer with us. India is strong enough to help all the Roma across the world. 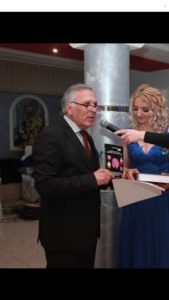 It should help Roma restore their self-confidence, honor and pride. I believe that every Roma would be proud of the Indian nation. Then, all bad experience and conflicts with law would be history for the Roma. India is strong enough to help, and it will help by educating the Roma and restoring their Indian mentality. When the Roma become Indians, this does not mean they will become Hinduists, but their mother will be India, while they will be able to confess whatever religion they want. Given that the part of the Roma is of Muslim religion, Indian Muslims would help them become honest people. Belgrade, December 20th, 2018 Academician Prof. Dr Bajram Haliti, President of the Institute for European Roma Studies and Research on Crimes against Humanity and International Law 10.