[Genocide is the total killing of one nation]

In a broader sense, the term “culture” signifies everything that Human Civilisation has created during the process of its evolution from the time of the original human communities until today : language, various objects, knowledge, values, beliefs, art, religion, mythology , customs, folklore, morality, the state, economics, technology. The term “Culture” would, therefore, signify the totality of the way of life of a particular ethnic group, representing its uniqueness and autochthony, ie everything that distinguishes it from other groups, which are in turn just as unique and autochthonous in their own right. 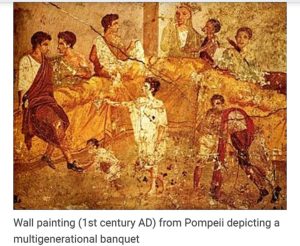 The term “culture” implies the way of life of a particular society or a social group, the content of mutual social interactions where members of those societies realise their fundamental spiritual, social and existential needs such as communication, nutrition, attire, habitation, family life, religion, entertainment, art, power and authority. The basic elements of culture are cognition, creativity and vision. Man gets to know the world around him in accordance with his vision, applying his creativity in order to change it while being changed himself through their mutual interaction.

Every culture both provides and seeks for the meaning of existence at the same time. In other words, every single culture has its own understanding of life. Thus wrote Spengler, as well as other theoreticians of culture. Marcuse considered the yearning for a happier existence to be the cultural ideal.

The image a nation presents to the world is also largely dependent on its culture. It names and signifies everything. Just as every man wonders, be it consciously or subconsciously, about the meaning of his own individual existence, so does culture try to provide an answer to the question of the purpose and reason of collective existence. However, the answer to the question of the purpose of individual existence is possible only through culture and the experience of culture.
What one finds impressive in the analysis of the Romani culture in its totality is the sheer spectrum of diversity and its interaction with the cultures the Romani people encountered during their centuries-long wanderings, as well as the influence the cultural representatives of the Romani people have had on the world cultural heritage.

Starting from the fact that, during the aforementioned wanderings, the Roma have managed to spread all over the globe but were, sociologically speaking, reduced to the level of family communities, they have continuously been developing, aside from their cultural heritage brought from their ancestral home of India, their own micro-cultures through mutual interactions with the dominant cultures of the regions they either lived in or passed through. Each of those micro-cultures possesses its recognisable Romani basis with certain elements of the local cultural heritage incorporated within it.

On the other hand, the fact that the Roma had something to offer to those dominant cultures in terms of their own tradition and cultural heritage, something those cultures were willing to incorporate into their own makeup, was probably the reason why they were able to survive . Those were various different things such as their music, folklore, horsemanship, craftsmanship, chiromancy, traditional medicine and fortune-telling. As much as the local communities were suspicious of these nomads, which in turn gave birth to the prejudices we still see today, thanks to its distinctive features, the Romani culture remained unavoidable and left an indelible mark wherever the Romani people lived. 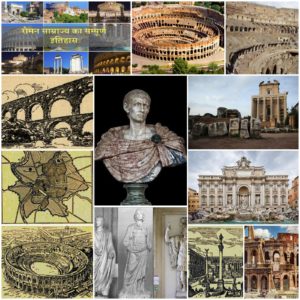 The role of the Roma, as well as those of part Roma origin, who have left an indelible mark in global culture, science and sport, is of special interest. Most of them were proud of their Romani origin while others concealed the fact in the hope of being more widely accepted. Without the intention to delve deeper into the matter, it is indisputable that the thousand-year-old maltreatment of the Romani people by the local non-Romani communities had created the need for such concealment.

The Roma as such served as an inspiration to many a great artist that human civilisation had produced, such as Gabriel Garcia Lorca, Alexander Pushkin, Leo Nikolayevich Tolstoy, Victor Hugo and others.

Finally, it is an impressive feat that the Roma have managed to preserve their culture despite the fact that the written sources of their history, music and culture in the broadest sense of the term are almost non-existent. Everything had always been passed down from one generation to the next, from father to son, for the last thousand years.
“Multiculturalism” is a term which signifies the existence of different national cultures within the confines of a single territory. Starting from the fact that different nations and ethnic groups ought to live in harmony and in an atmosphere of tolerance and mutual respect, it goes without saying that their respective countries should create institutional mechanisms that ought to provide support for the development and preservation of a particular culture. While doing that, these countries should not lose sight of the fact that the cultures of national minorities are just as important as the culture of the majority nation. This begs the question: Does interculturalism imply that different cultures should meet and permeate each other?

The aforementioned question raises the dilemma of whether the Roma could cooperate in the cultural domain (regardless of where they live and which particular ethnic group they belong to) and whether the community they live in is prepared to provide them with conditions for life equal to those of the majority nation, as well as the availability of national resources a national minority is entitled to.

It has become obvious that the Romani culture does not have the same treatment that other cultures do even when the Roma are the largest national minority in a given territory. The interest of the countries in question as well as their appropriate authorities to familiarise themselves with the Romani cultural heritage is non-existent. Due to this fact, the Romani culture remains stuck in the back, playing second fiddle when it comes to the flow of information, digitalisation, the preservation of their culture and progress in general. Such an attitude by the countries of the Western Balkans, Europe and beyond towards the culture of one of the oldest nations on the European continent deserves to be termed a Cultural Genocide in Action.
Russel Bertrand once warned of the fact that too little time had passed since the last genocide, committed in the death camps of the Third Reich where many a great as well as a prospective mind had met their end, destroying all chance for the awakening of both national awareness and the awareness of cultural uniqueness, to allow ourselves to forget and open the way to our committing the same mistake once again.

The silent type of the Cultural Genocide being implemented today is, therefore, that much worse.

It is an obvious fact that the countries where the Roma live have no desire to recognise the Romani language as an official national minority language. As a consequence of this, the Roma find themselves in a situation where they are denied their fundamental right to equality and thus the basic conditions necessary for the preservation of both their language and culture. It goes without saying that the one is not possible without the other.
Such conclusions can be drawn based on the fact that absolutely no funding, let alone an equal one, is provided to help the Roma preserve their linguistic and cultural heritage and express themselves through both printed and electronic media, filmography, theatre and publishing.
_Prof. Dr Bajram Haliti ji
Secretary General of World Roma Organization
Belgrade, Serbia
0 0 vote
Article Rating
Subscribe
Login
0 Comments
Inline Feedbacks
View all comments