India is a country with diversified culture and languages , geographical vastness , difference in political opinion, sensitive religious sentiments and unfortunately a biggest ever gap between the poor and the rich , one thing that unite them all …it’s the Cholan Book of World Records. 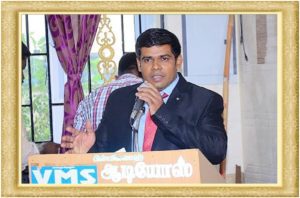 CBWR is to encourage & assist young people talents with extraordinary performance which is documenting human and natural world records through Cholan Book Of World Records. This organization is properly registered under the central and state governments and it’s an international standard organization. 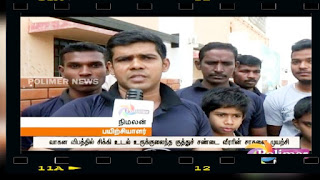 it has opened branches in 21 countries so far. In a short period of 2 years, we have already made a strong mark in the industry by adjudication verifying and certifying around 1100 world records. Our mission and objective for this noble project to recognize throughout cost which would be affordable to the economically challenged talented masses and whose contribution go unnoticed in this demanding world because of financial constrains. 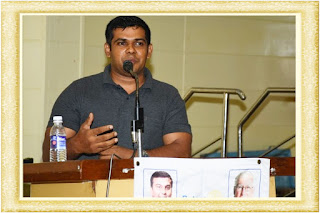 Cholan book of world record is the act of protecting talents from anonymity.

Amb.Prof.Dr. N.Nimalan, son of Neelamegam was born in Tamil nadu, India.  He was an international professional boxer and participated many competitions in world countries. unfortunately, he had met with an accident while he was driving a car and got 9 severe bone fractures and 2 dislocations. he was in bedridden for nearly 2 years. His brother who is living in London supported in many ways to manage that pathetic situation. He had started to walk with the support of the crutches once he returned back from the hospital. then, he thought to motivate everyone in physical exercises. He thought to prove that nothing impossible in any condition. 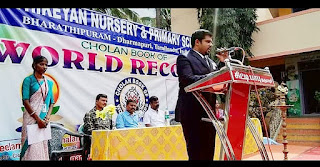 The “Workout wonders foundation was started by him as he thought and he gathered many members to that foundation. they provided more than 100 free awareness programs about ” How to live without disturbing the present noble healthy life” in schools and colleges so far. He interviewed by many televisions and papers and his articles were published on many news papers. 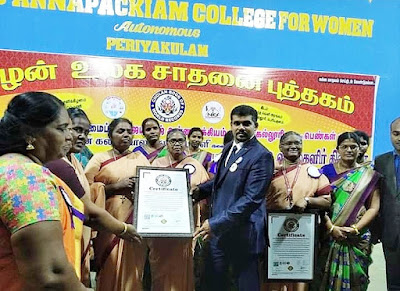 In the mean time, he created 2 new world records in push-ups. as well as, he started a gym and boxing center for the poor village students in the name of “Trust of  Cholan book of world Records. This charity has provided free boxing training for more than 50 students. It is noteworthy that recently trained students have received national and state level medals. 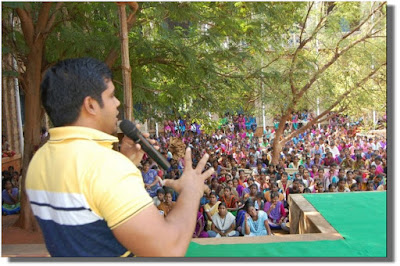 The “Cholan book of world records” was traditionally started by the Sivagangai district collector Mr. J. Jeyakanthan I.A.S, and the district superintendent of police Mr. D.Jeyachandran I.P.S, on 2nd of February 2019. 17 world records were set on the same stage on the sane day.  The purpose of this world record book is to encourage and recognize talents and to let them realize talent as a self-contained inventor and a righteous person. 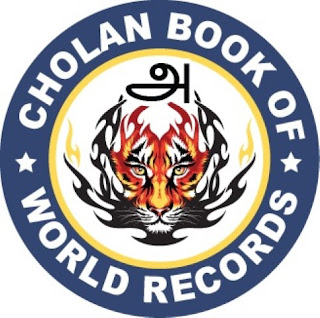 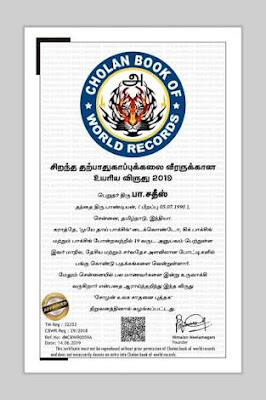 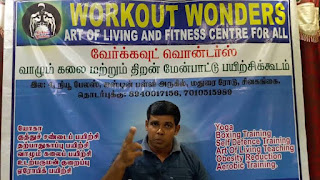 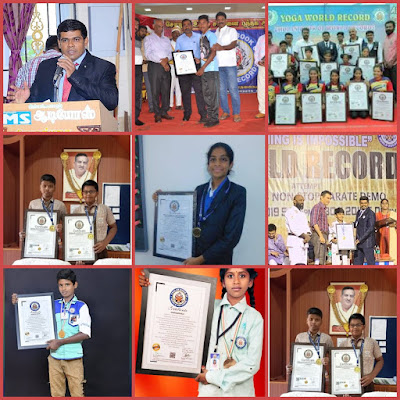