Over the course of “one thousand four hundred years”, the Prophet of Islam was able to remain immortal in the depths of humanity. He was also able to spread awareness, sensory, verbal and instantaneous perception of all worldly matters.

He was able to be the most important and influential figure throughout history: all his actions and words were aimed at building, upgrading, progressing, and above all, compassion among people, and if there was someone worthy of the title of teacher of humanity.

It is, of course The prophit muhammed . Peace be upon him . No one knew him but gave him all the respect and appreciation for his person, his description, his actions, his words … and what he encountered of a counter-action.?

And how he was offending an offense with charity .. The rabbi of the Jews, Zaid Ibn Tha’ana, said about him. I believed in everything that the Prophet brought and that it is the most sincere hadith of people. And it is the best of people. And it is for the most beneficial people to know. He is more entitled to attestation than ratification in his court.

And he said about him, his staunchest enemy, “Abu Sufyan Ibn Harb” By God, I have never seen anyone love anyone more than the love of Muhammad’s companions for him .. may God bless him and grant him peace .. And he also said about him his most fierce enemy and the people who hurt him most, “Abi Lahab” when he asked him about him “Hercel” replied He said .. By God, we have only known it by gentleman, original, generous and merciful, and between us is the honest and trustworthy. Even his enemies have never lied about him ..?

This is undoubtedly the most important and influential figure in history, leaving us with a religion, constitution, law, and approach that are the most tightly constructed of the world … and certainly the personality that can remain immortal in its thought and belief for more than one. One thousand four hundred years. She is a true character and a true prophet who took divine orders to enlighten the life of humanity.

In words, deeds and deeds .. Indeed, he is better than he has laid his feet on the ground. And the sky remained his forehead, and his life rose, the most honorable of creation, and the greatest of creation.

The true prophet who came to be the last of the prophets and messengers and came as a believer in all the prophets and messengers of them all, “the best of prayers and peace,” and over thousands of years, he remains alive and eternally in the depths and minds of billions … God Almighty has believed when he said in him, “And you are on a great creation.” Mathematics science “Michael Hurt”, a professor at the University of London in the modern era .. to write a book titled “One hundred personalities who have influenced history. He was placed in the first place.

Because I am a Muslim, but I chose her because she was able to remain immortal with a positive effect, a good deed, and a literary and verbal miracle. This is a character that influenced history and will remain until the Hour begins. 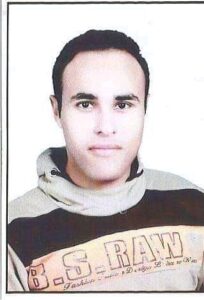 __Mohamed Shafiq Marei
Member of the Egyptian Syndicate of Journalists