Mohammed Zubair, the co-founder of propaganda AltNews, who had dog-whistled against former BJP spokesperson Nupur Sharma over alleged blasphemy against Prophet Muhammad, precipitating an international diplomatic crisis for India and triggering a spate of violent protests in India, had himself mocked Hindu Gods and beliefs, past tweets from the ‘fact-checker’ revealed.

Take a look at Hιnduphobιc posts done by @zoo_bear co-founder of @AltNews, all these posts hurt the religious sentiments of Hindus and this is just an iota of his thoughts(Which he forgot to delete). 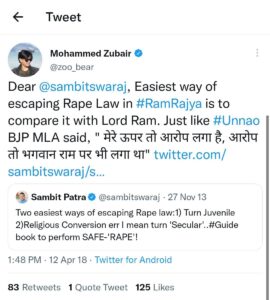 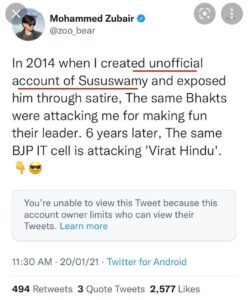 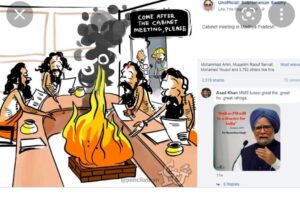 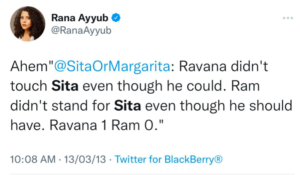 Request @BSBommai & @myogiadityanath to declare this Mohd Zubair, a habitual offender as 'BC'. Since he has so many Criminal Cases and antecedents he should be taken under preventive detention since next 'Friday' is approaching.#ArrestZubair pic.twitter.com/tQMl1IMRwy

“Its easy to make fun of other’s god, religion, culture & scriptures, because there is no consequences. Ironically it’s coming from the same person who triggered an event that took the entire nation on ransom, and the violent mayhem is still on.. Ever tried this for own …?” The Hawk Eye tweeted along with screenshots of Zubair’s tweets.

Apparently, one of the posts on the Facebook page ‘Unofficial Mohammed Zubair‘ mocks Arun Govil to take a swipe at Lord Ram, suggesting that ISRO must consult the actor because he would know more about the rocketry.

Another post by ‘Unofficial Mohammed Zubair’ shows an underwater aeroplane with the caption: “Breaking: Underwater Pushpak Vimana used by Raavan 5000 years found in the Indian Ocean.”

Besides ridiculing Hindu Gods, Zubair has also poked fun at Hindu beliefs and took a dig at Sanskrit, regarded as one of the most important languages of Hinduism and the means of communication by the Hindu Gods.

Death threats to Nupur Sharma, Diplomatic nightmare for India in the Middle East, and violence across India: Fallout of Zubair’s dog-whistling on alleged ‘blasphemy’ against Prophet Muhammad

❤ day ka fact checker deleting all his facebook posts… I wonder how will he justify freedom of expression #ArrestZubair pic.twitter.com/MINncS3r4e

Zubair is now deactivating his Facebook page and deleting the blasphemous post made on Hindu gods and goddesses from it. This leech should be put in jail soon.#ArrestZubair pic.twitter.com/JbAU8t9nWW

Ironically, Zubair’s insulting tweets for Hindu Gods and beliefs come days after he had dog-whistled Islamists over alleged ‘blasphemy’ committed by former BJP spokesperson Nupur Sharma against the Islamic prophet. Sharma was at the receiving end of online harassment as indoctrinated Islamists on social media descended on her timeline, abusing her and issuing death threats to her and her family.

A few days later, the propaganda spread to Islamic countries, with many Gulf nations which themselves have a poor record in religious freedom themselves, sanctimoniously protesting against the remarks on Prophet Muhammad that were derived from Islamic Hadiths. 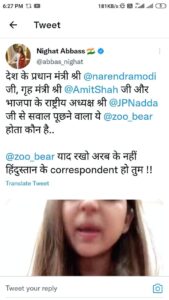 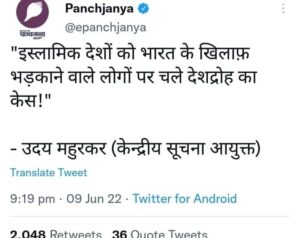 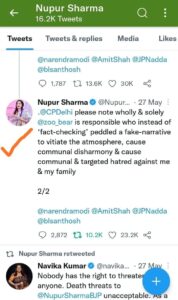 However, the controversy culminated with widespread violence across different parts of India as Islamists in several towns and cities across the country took to the streets, going on a rampage and indulging in violence, vandalism, and arson. Thousands of Islamists came out on the streets in protest against the alleged ‘blasphemy’ against Prophet Muhammad, issuing vile death threats to the former BJP leader and causing law and order problems in their respective places. 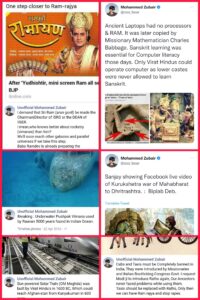 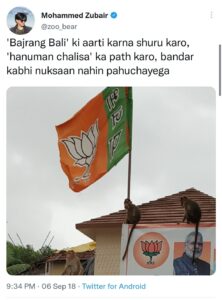 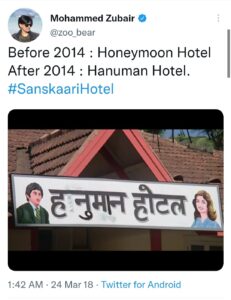 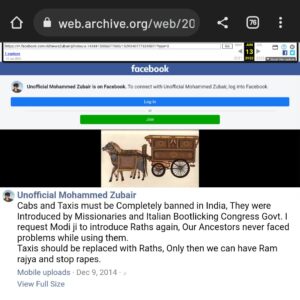 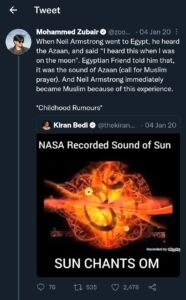