#Stop Rape
#Enough Is Enough
#They Are Dying 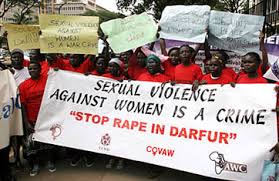 I, poet Edwin Olu Bestman Jr. Stand against any form of sexual harassment in liberia and the world.

For everytime I hear of rape,
It saddens my joy,
And breaks my inner emotions.
Liberia has chosen to befriend sexual harassment.

For every one minute on the clock,
Somebody is raped and beaten.
No one is bothered about tomorrow,
And life itself in liberia is disgusting.

Young girls and boys are dying of rape and sodomization.
The future is dark as the night,
And even high officials of government are followers of rape.
We live in a society where girls has no respect.

They are murdering our future;
They are slaughtering our dreams.
We live with anger and fear.
What a messed-up society!

We cry for job creation;
We usually beg for quality education ;
We always stand up for our rights.
But ‘Rape’ is the only gift we have gotten.

On the various streets of Monrovia,
We stand with placards in our hands.
Don’t they read our messages?
We are tired of being humiliated.

Since the retirement of our mothers and fathers, They have not paid them a single cent.
Nor have they asked for marriage.
But ‘Rape’ is the payment for their children.

Oh!  heavenly father.
For each day that passes,
The death news of a rape case is heard.
And our government is more than dormant.

We are dying happily;
We are losing our womanhood.
Everything needs to be stopped.
Because we have had enough. 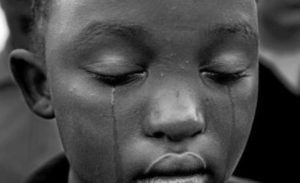 She yelled until the roof couldn’t hold her voice.
But no one was around to hear her while she screamed.
You penetrated her socket screwing out the bulb.
Day turned to darkness from the day you twisted her legs.
She said “I beg you uncle”.
You forcibly threw her hands apart preparing for a war game.
Within herself,
She felt the beautiful pains of life.
You operated as if you were permitted.
Knocking from door to doors,
You stretched her legs high above the ground.
‘Man’ – a manly beast has thrown her through the window.
She cried like a day old baby.
Uncle! Uncle!! Uncle!!!
You’re killing inside of me.
But your words were “Have a nice day with me”.
Covered with blood and bitterness.
Pains and frustration.
Anger and traumatization.
She has now become a victim of the society.
Is it because of her mini-skirts?
Is it because of her dress code?
Is it because she looks sexy or of age?
Oh! Enough of your excuses.
Real men don’t rape instead they ask for permission. 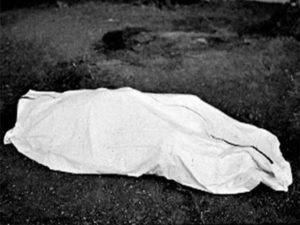 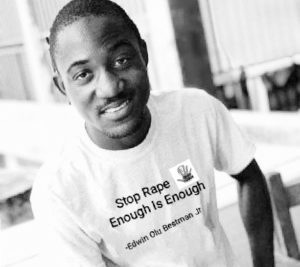 A poet, philanthropist and a civil engineer