Hatem, the conqueror of silence, succeeds in breaking the chains of isolation and returning to life.

In the corner of the room sat “Hatem”, a young man who enjoys a good reputation among his colleagues, peers and relatives.
He is an energetic person and is coming to life. He works in a company with a distinguished reputation and successive successes. As a result of a situation that angered him from one of his colleagues, he decided to leave work early, and return to his home.
In order to get some rest, so he sat in his room and in complete darkness he leaned against the wall, placing his head between his feet and covering it with his hands, to announce to the world his anger and narrowness of his condition, and he closed the walls of his room until he raised his complaint to the world, and announced the severance of relations from everyone who surrounded his circle of acquaintances and in an incident that is not new and as a result  A dispute at work between some colleagues and as a result of the escalation of a simple crisis that overthrew his idea of ​​turning his mind towards a motionless retreat.
Silence was his companion in the corner of the room, but when he looked against the wall in front of him, he found his dark shadow covering him.
He was afraid of his dark shadow and trembled when he saw him and did not realize at that moment that he had left the meeting frame to turn towards seclusion, but, at the same moment the place was buzzing outside to announce a huge voice.

Yes, the mother came to wake Hatem from his slumber and remind him of the time to wake up from sleep to prepare to go to headquarters  His work without delay, and here “Hatem” realizes that his sadness is buried within himself and only himself took care of him, and he did not care about his condition but himself. 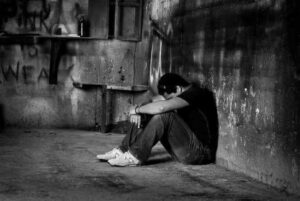 His companion during the journey of seclusion was his spectrum and the reflection of his shadow, during his isolation journey in the hollow of his deep slumber, so he realized “Hatem”  That life is past and does not deserve sadness, and he recalculated his dealings, and from here happiness was his friend and companion, because life is not worth the trouble of disagreement and sadness.

Hatem did not think about solitude again, and his thinking was always related to the future and how to achieve success in it while seeking to distance from everyone who kills his enthusiasm or reduces his enthusiasm.  From the splendor of his success.  And every moment that passes by, “Hatem” remembers that he was afraid of the unknown, and his fear was associated with the inability to confront his sorrows, so when “Hatem” knew the truth of his condition and knew how to face himself, he achieved satisfaction and happiness, and every time Hatim went to sleep, no  He knows what he will face in his next dream. Do you expect him to face his dark shadow again or not?? 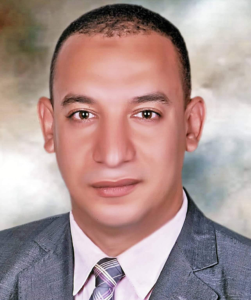